Marijuana banking is needed to protect the industry.

Marijuana banking is not available to the cannabis industry. A bill that would change that was voted down in the House of Representatives

Marijuana  banking is essential to the industry’s safety. Currently the marijuana  industry is a cash only enterprise. Marijuana being  illegal at the federal level is the reason why. The marijuana industry is currently in a gray area of the law.  Recent events have demonstrated the risks that come with not having a bank account. In June alone dispensaries in the West were targets of armed robberies.  A security guard at a marijuana dispensary was killed in  Colorado. Robbers were shot by a dispensary owner in Los Angeles. A security guard was shot in the face in San Bernadino.  As more states begin to legalize medical marijuana, the number of dispensaries will only continue to grow.

Also last month, Republicans in the House of Representatives voted down an amendment that would allow for marijuana banking for the 2017 budget.  Those who supported the bill cited the shooting in Denver  but this did not sway the opposition. The road to banking for the marijuana industry has not been easy. In the last three years a bill has not been approved by both the House and the Senate.  In 2013 the House approved a bill that was ultimately voted down by the Senate. Last year marijuana banking wasn’t even debated in the House of Representatives. Marijuana banking will not be available in 2017, only time will tell if this topic is brought up again for debate. 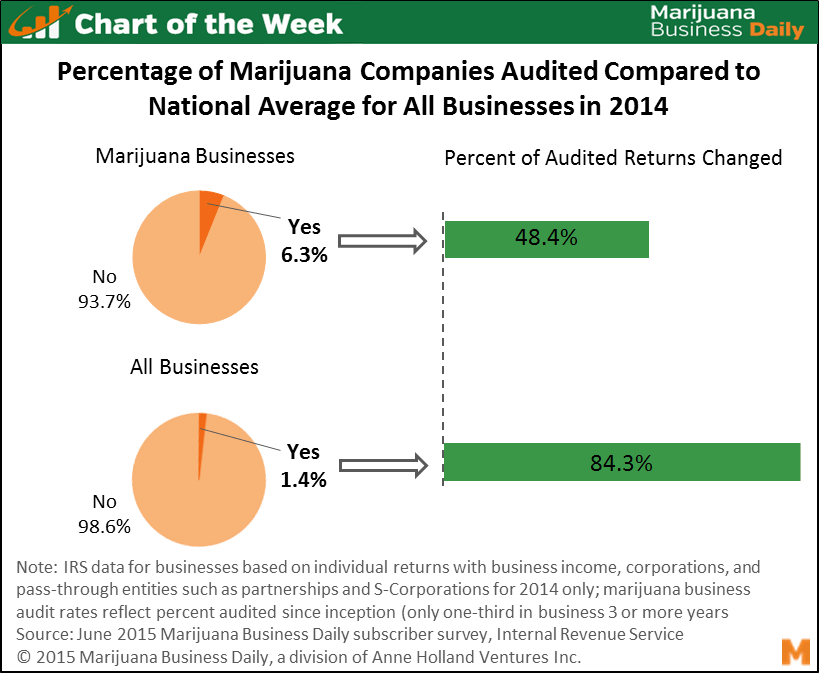 Some argue that the IRS probing is to ensure there is not money laundering occurring behind closed doors in the marijuana industry. Although this concern is understandable it only strengthens the argument in favor of marijuana banking. Giving the cannabis industry banking rights would allow for it to stop accepting large amounts of cash, facilitating its transactions in the eyes of the IRS.

This website uses cookies to improve your experience while you navigate through the website. Out of these cookies, the cookies that are categorized as necessary are stored on your browser as they are essential for the working of basic functionalities of the website. We also use third-party cookies that help us analyze and understand how you use this website. These cookies will be stored in your browser only with your consent. You also have the option to opt-out of these cookies. But opting out of some of these cookies may have an effect on your browsing experience.
Necessary Always Enabled
Necessary cookies are absolutely essential for the website to function properly. This category only includes cookies that ensures basic functionalities and security features of the website. These cookies do not store any personal information.
Non-necessary
Any cookies that may not be particularly necessary for the website to function and is used specifically to collect user personal data via analytics, ads, other embedded contents are termed as non-necessary cookies. It is mandatory to procure user consent prior to running these cookies on your website.
SAVE & ACCEPT

You must be 21 years old or over to view this site. Please confirm your age and customer type.